The first time this traveling exhibit has been in Michigan 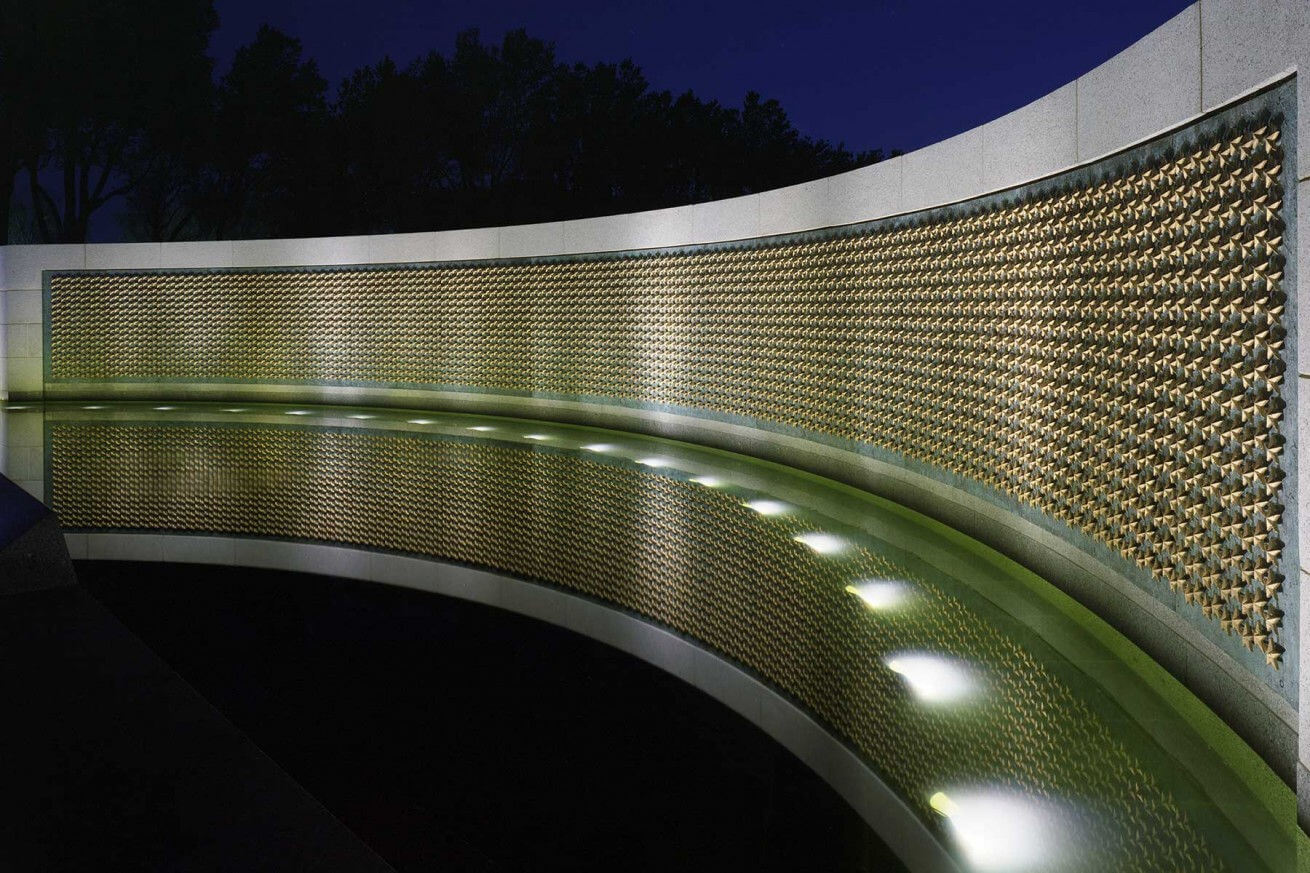 50% size of the World War II Memorial in Washington

The traveling memorial is a replica of the actual memorial in the US capitol and consists of the Wall of Stars (aka Wall of Freedom), the Atlantic & Pacific Pavilions, 56 pillars and stands with oak and wheat wreaths.  There is a granite slab with President Roosevelt’s quote, as well as a quote from General MacArthur spanning three granite slabs.  The sign positioned in the center of the Wall of Stars reads “Here Marks the Price of Freedom” which is intentionally different from the sign in front of the memorial in Washington D.C. which reads, “Here We Mark the Price of Freedom.”

There are 4,048 gold stars; each one representing 100 American military deaths. This means that more than 400,000 soldiers, sailors, marines, airmen, and military personnel lost their lives or remain missing in action in World War II. Of 16 million men and women in military service during the time, that number represents 1 death out of every 40.

Every day, memories of World War II—its sights and sounds, its terrors and triumphs—disappear. Yielding to the inalterable process of aging, the men and women who fought and won the great conflict are now in their late 80s and 90s. They are dying quickly—according to US Department of Veterans Affairs statistics, 496,777 of the 16 million Americans who served in World War II are alive in 2018.

The graph below uses statistics from the US Department of Veterans Affairs to emphasize the urgency of our mission. The projections for each year are updated on September 30. To view full article, click the following link:  https://www.nationalww2museum.org/war/wwii-veteran-statistics 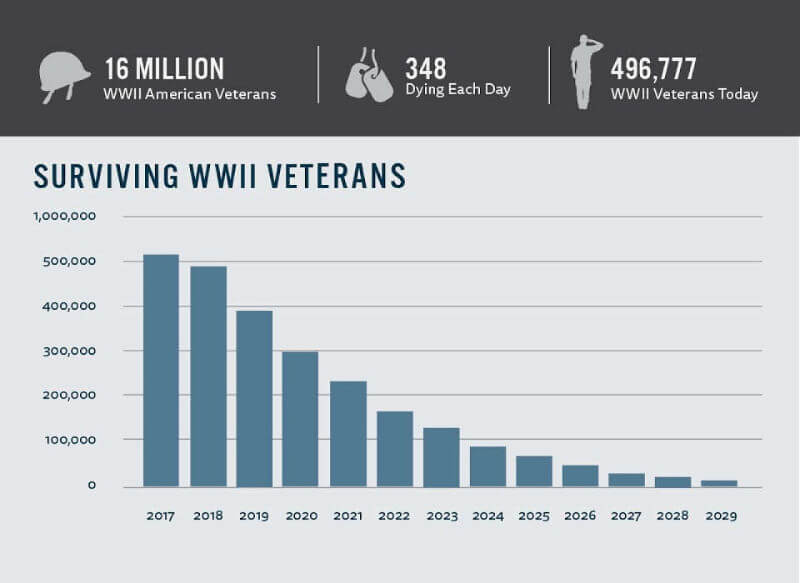 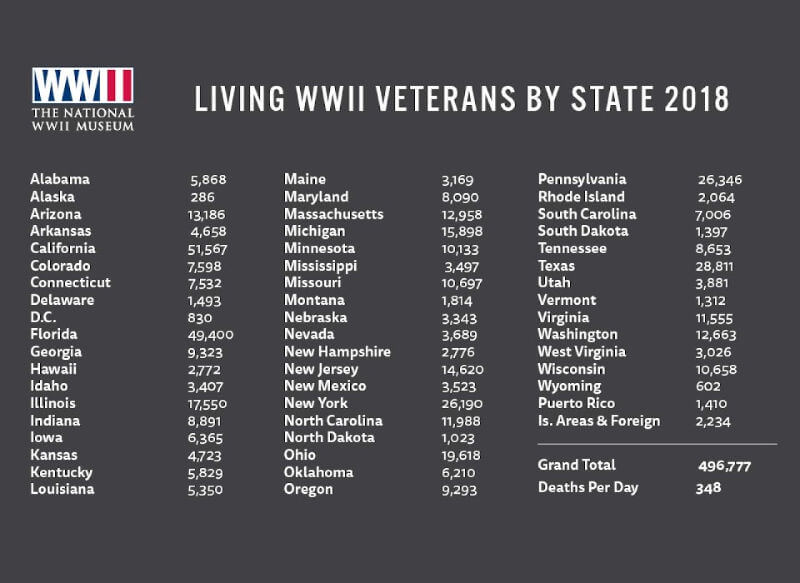